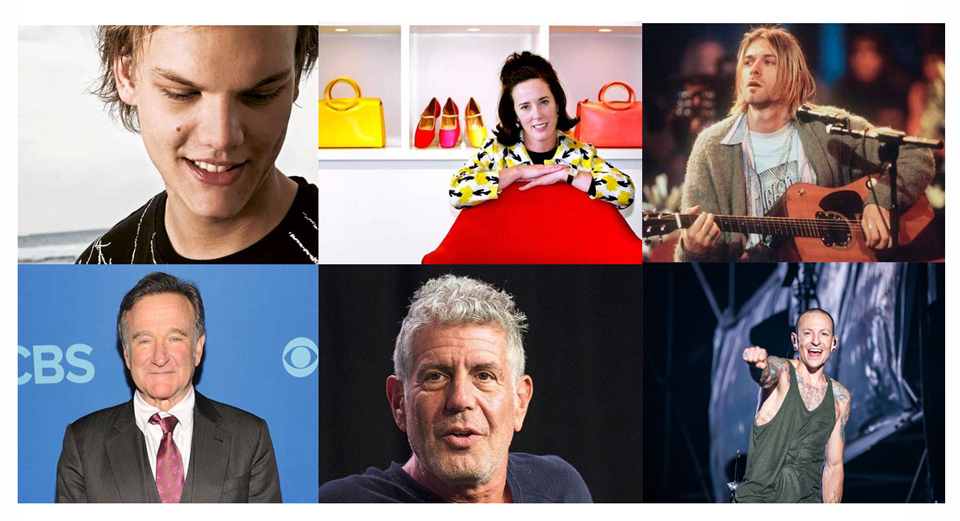 How employers can play a major role in addressing the issue.

While high profile suicides bring the focus of the public eye on emotional well-being, including depression—this is nothing new in the mental health arena.

Suicide is one of the most complex and difficult of human behaviors to process and understand. The extent to which we can understand a person’s decision to end his or her own life is arguably limited. In part, this is because relatively little research has been done about suicide. Clinical interviews have been conducted with individuals who survived their suicide attempts, and this has helped cast some light on underlying causes and the course and progression of suicidal impulses. But in many ways, suicide is and will remain a mystery, especially for those of us who have lost loved ones to such a devastating event.


Why we say “completed,” NOT “committed”
You’ve likely heard the expression “S/he committed suicide.” Mental health advocates would prefer that we use the term “completed suicide” rather than “committed suicide.” The reason for this is because the word “committed” implies wrongdoing (one “commits a crime”), whereas today we understand suicide as a tragic (though not inevitable) outcome of a complex set of health and life circumstances.

History & impact
One of the leading causes of death across a wide spectrum of demographic groups, suicides have been on the rise over the past 20 years approximately. However, the suicide rate today is roughly the same as it was 100 years ago. Despair, depression, and the compulsion to end one’s life have unfortunately been a part of the human experience for centuries. Today, we are perhaps better at identifying risk factors, contributing stressors, and we have a clearer, more scientific understanding of how brain disorders work. But nevertheless, suicide has been and remains to be an epidemic.

COVID Impact
In a just released study from the CDC, 11% of Americans seriously considered suicide in June 2020. That is double the percentage from 2018. Rates were highest among those 18-to-24 years old
and unpaid caregivers.

"Suicide is the second leading cause of death for those ages 10-34. What makes a young person decide that life is no longer worth living? Chemical imbalance, depression, despair, lack of support or understanding of life's challenges? Death by suicide, no matter the reason, leaves a void that can never be filled from the person who is gone. Our job is to make sure we are there for each other, the best we can be. A little love and understanding goes a long way. Learn how to be an advocate, someone you least expect,
may need you one day!"

We use the term “clinical depression” to distinguish from what counselors call adjustment disorders and what others may refer to as “situational depression,” or a short-term period in one’s life when a temporary change or life event causes us to feel differently than we normally do. Examples of adjustment disorders include coping with job loss, health problems or the death of a loved one.

Clinical depression, on the other hand, involves a set of symptoms experienced most of the day, nearly every day, including:

Often when we think of someone who is depressed, we imagine someone who is sad, melancholy, perhaps tearful. But there is more to depression than sad feelings.

According to Dr. Kay Redfield Jamison, a clinical psychologist who has published several books about suicide and other mental health disorders, depression is a more nuanced disease than some people might think.

Dr. Jamison has pointed out that apathy and irritability are often more symptomatic of depression than sadness. She has also mentioned that it is important to remember that there can be periods of high energy and activity between depressive episodes – individuals suffering from depression aren’t always in bed, unable to face the world.

Where does depression come from?
If you’ve read any literature online or watched any documentaries about mental health and depression, you’ve likely encountered terms like “brain disorder,” “mood disorder,” “chemical imbalances,” “serotonin deficiency,” and the like. While it may be easy to describe clinical depression as “a chemical imbalance,” there is evidence to suggest that the contributing factors that give rise to depression as a mood disorder are multifaceted and complex, and extend well beyond anything that might be happening neurologically with a person.

Besides neurological conditions, here are some additional factors that are thought to play a role in the development of clinical depression:
It’s also important to remember that depression is not new. “Major depressive disorder” is the way we medically characterize the symptoms of depression today, but those symptoms – apathy, irritability, despair, and hopelessness – have been with us, affecting certain individuals in the population, since ancient times.

A recent Kaiser Family Foundation poll reports that - for the first time - the majority of American adults believe that the pandemic has taken
a toll on mental health.

Does depression always lead to suicide?
Suicide is one possible – though not inevitable – outcome of depression. Treatment for depression, including medication and psychotherapy, is effective and can be successful for many individuals. Not everyone who suffers from depression will complete suicide. Some who suffer from depression will not even attempt suicide, though they may have suicidal thoughts and thoughts of self-harm. With appropriate and timely intervention, recovery is possible.

What do I do when I think someone might be suicidal?
This is one of the scariest situations we can find ourselves in. The good news is that the best approach is simple (though certainly not easy). If you suspect someone in your life is having thoughts of suicide, you need to do three things:

Recommendations for Managers
If an employee tells you they are suicidal or having thoughts of self-harm, don’t leave them alone and contact emergency services. We do not recommend transporting them to a hospital ER yourself.

If you are made aware that an employee may be actively suicidal and he or she is not currently at work, contact the police and ask that they do a welfare check on the employee.

If an employee denies having suicidal thoughts but you still have concerns about their well-being, escort the employee to a private space and assist them in calling your Employee Assistance Program. We can help.

You are not alone.
If you are having thoughts of harming yourself, please know that you don’t have to live with these thoughts by yourself. There are people out there willing, able, and ready to help. You can contact the National Suicide Hotline 24/7/365 at 1-800-273-8255. The National Suicide Hotline website also has a chat option – visit suicidepreventionlifeline.org/chat


Investing in the right EAP or Wellness Program to support your employees will help them and help you. How can we help you? Visit www.ulliance.com, or call 866-648-8326.